ElGono had some spare time and he installed Plan9 on one of his machines:

After i heard a lecture about Plan9 2 weeks ago at “Chemnitzer Linuxtage” i decided to have a personal look at plan9 to make up my own mind. The lecture wasn’t that good, btk wrote about that: read article at schrankmonster.de

So i put together some remaining parts to a little test-station. found a celi300, 160MB RAM and a TNT2 graphics wich should be supported by plan9.

Booting from CD was easy as i thought: 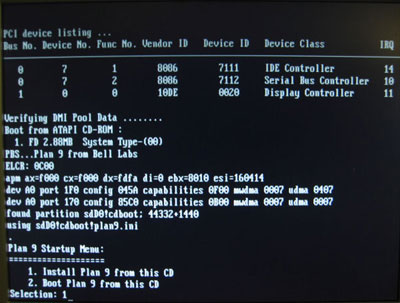 Next: setting up the basic things like mouse & screen size 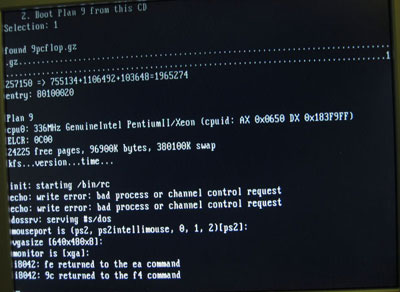 From now a GUI takes you further to install plan9. Next steps are partitioning & mounting harddisks. in lower left corner some bars display cpu, disc and network usage. nice feature for an installer. 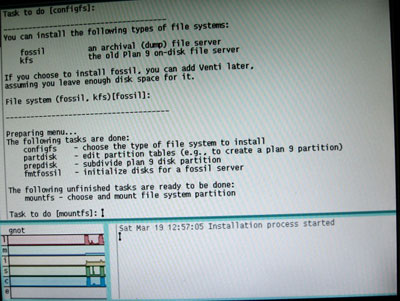 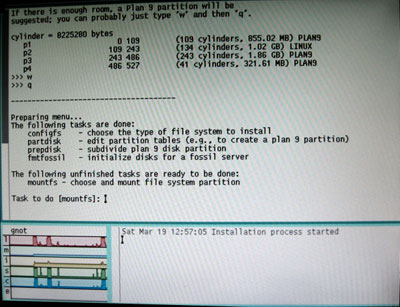 After formatting & mounting the disc there is a choice to copy the distribution to hd from network or local source. I choose local and needed to mount the cdrom: 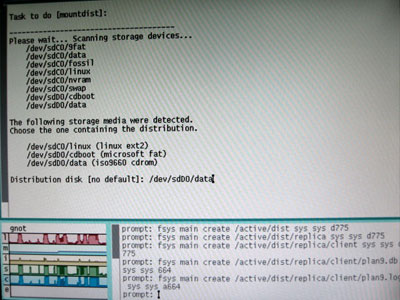 Time for having some tea, with a 4x RW-CD… that takes time. 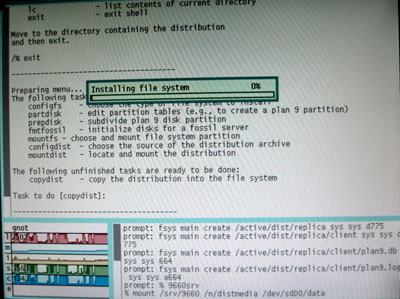 Finally the install progress finishes. Time for the [bootsetup]
There are 9 choices: Win9x, WinNT or plan9. Because the disk is plan9 only, i choosed plan9. that maybe was a mistake… 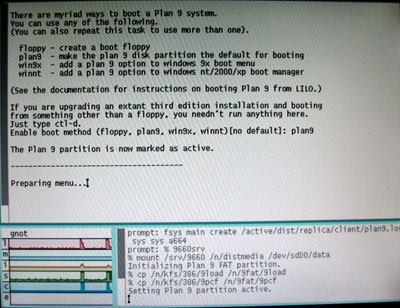 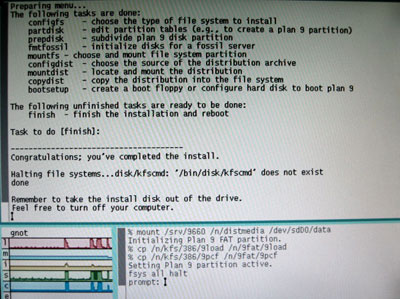 Now i was really tensed while rebooting to start Plan9 for the first time: But guess what what was coming up? Lilo! Somehow there is no lilo or grub [bootsetup] now. Found something like “rtfm for editing lilo/grub, but till now i didn’t found a README wich contains something about that. 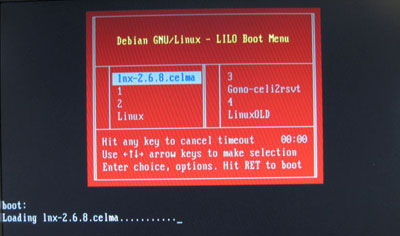 Maybe booting with windows-cd and running “fixmbr” might help to get a clean bootsector and Plan9 maybe set up his winNT [bootsetup] right. But i won’t figure out this tonight! later on guyz….

Impression: the installer worked quite well, usb mouse & keyboard were detected, unfortunately i didn’t got a NIC inside. I really liked that i could skip steps or redoing steps with other configurations. That’s what i’m used to from unix systems …. so what Rob Pike said back in 1991: “Not only UNIX is dead, it’s starting to smell really bad”

btw, sorry for the bad quality of pix … needed to take hard screenshots with digicam wich looks a bit crappy.