I found this very interesting website today: Smart Elements. You can order almost every element of the periodic table and even some isotops of elements. And there are some very interesting elements to play with… for instance those Tritium Trasers. Actually this is a gadget I probably really need because I can’t count the times I searched for the keys in the darkness… 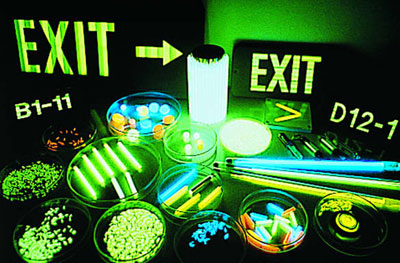 “Traser is the generic name for glass tubes with a phosphor layer in them and Tritium gas inside the tube. They are most often seen as a type of glowing novelty keychain and in self illuminated exit signs. They are also favored by the military for critical applications where there must be illumination regardless of circumstances. They were invented in the 1960s as a reliable self powered light source for NATO. A traser consists of a section of tubular borosilicate glass, coated on the inside with a colored layor of phosphor. Borosilicate is preferred because it is a type of glass noted for its strength and resistance to breakage. In theory one could use any beta emitting gas. In practice Tritium is preferred because it is the least hazardous.”

The second cool “toy” that I found (with the help of cosrahn) on the site is Gallium. A metal whos melting point is 30 degree celsius…so indeed it will melt in my hand… I really have to get this just to play with… 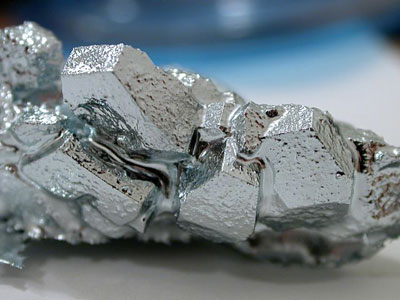 Christian mentioned that they also sell Neodym NdFeB-magnets. I personally did not know what they are, but the site enlightened me and created some respect for them ;-)