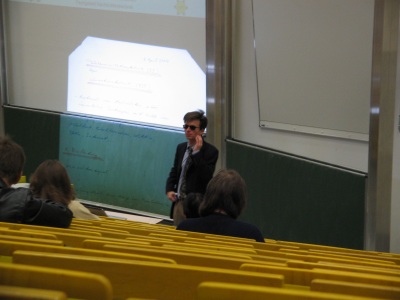 I asked you who the people next to Charlotte are. Here is the solution: 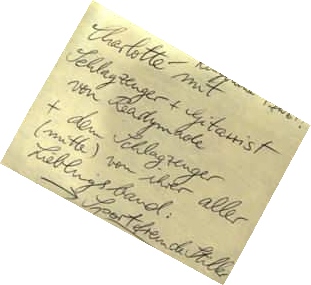 Source: some more of Charlotte

What did you expect? Just a picture of my mobile phone just a minute before the magneto update B-) 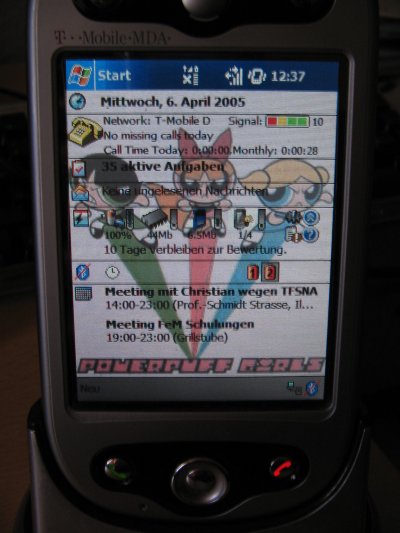 So I took my main development machine and my notebook and installed Multiplicity. The notebook was client and the big-one was the server.

As you can see: 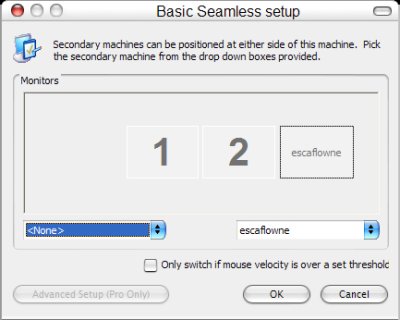 …there’s an overall of 3 displays after Multiplicity found the client machine (escaflowne). You can configure Multiplicity to append the clients to the left or right side of the servers’ physical displays (1,2). As I said: In the trial version only one client is allowed. 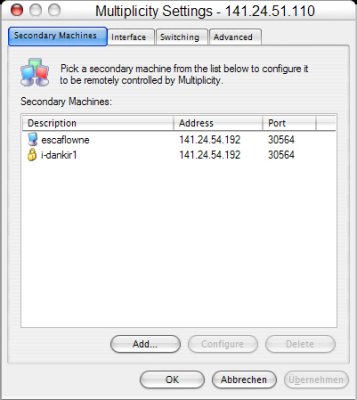 The Installation ran quick and without any problems but it failed to configure my Windows XP SP2 Firewall correctly. The problem is the following: by default Multiplicity configures the XP Firewall to only allow access to the Multiplicity network port within the same subnet. The machines I’ve tested on did not reside in the same subnet. So in the first attempt the machines were unable to talk to each other. After I manually configured the XP Firewall to grant access from other subnets it worked instantly. 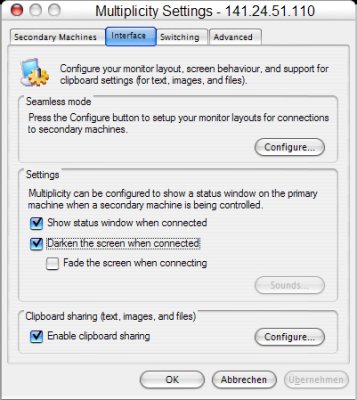 Another curiosity with Multiplicity is the fact that it’s not the client that accesses the server. It’s the exact other way. You tell the server the name/IP of the client and there it goes. Confusing…

After this relatively small problem it worked just perfect. I used the servers keyboard+mouse to control the two machines without manual switching. Just move the mouse to the screen you want to write or click.. and voilá. 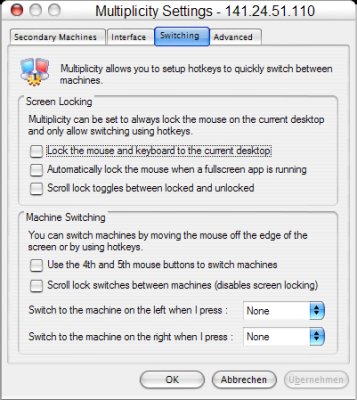 The only problem I had was caused by different mouse-speed and acceleration settings in the two Windows XPs. This is surely something that needs to be fixed. But when you got the correct settings it works perfect. I was even able to play games with the “virtually switched” keyboard+mouse… and I did not notice any lag or something.

But anyway. This tool is just breathtaking. After some hours of use you’re asking yourself why this wasn’t available ealier. I am surely going to buy Multiplicity because it’s not only simplifying my work but also helped me to gain more space on my desk. Because one keyboard+mouse is gone… and as soon as the OSX version is available… even more space would be freed on my desk. Well let me think about the things I can buy now to use the space…hmmm

In the comments of the last article about Multiplicity Uwe Husmann told us that there’s a similar tool available which is called “Synergy2“:

“Synergy lets you easily share a single mouse and keyboard between multiple computers with different operating systems, each with its own display, without special hardware. It’s intended for users with multiple computers on their desk since each system uses its own monitor(s).

Redirecting the mouse and keyboard is as simple as moving the mouse off the edge of your screen. Synergy also merges the clipboards of all the systems into one, allowing cut-and-paste between systems. Furthermore, it synchronizes screen savers so they all start and stop together and, if screen locking is enabled, only one screen requires a password to unlock them all.”

So as you can see Synergy2 does quite the same but it’s available for more operating systems (Windows, Unices, MacOSX). I did not test it for myself, but mape2k and nornagest tested it yesterday. Well and they liked it a lot. It seemed to work without any problem. 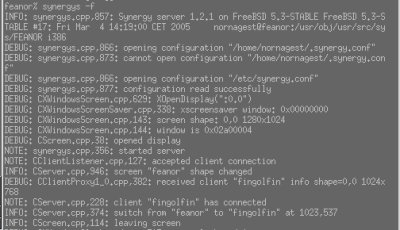