reply2all VJ Justus Rogman wrote about the premiere of “OPERation Rossini” in which he took part in:

“The premiere of “OPERation Rossini” was a complete success. Endless applause from a nearly sold out audimax took alot of load off our shoulders. Everything went well, just a small softwarecrash, but nobody noticed that and I was there for this emergency case and calmed down everybody so we could continue as nothing would have happened. First reactions from students on the opera & our visuals were positive after the first act so that we could do our job in second act a little bit more relaxed :)

It was just great!! They even forced me to come on stage while applause, so it’s me in background on the very right of following pic. But the applause of course is due to the actors infront. They really earned it! Like the orchestra. Was a great performance, especially in this cultural less-developed town :-p…” 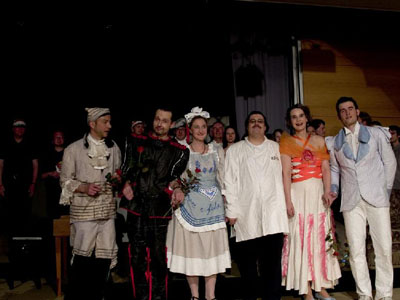 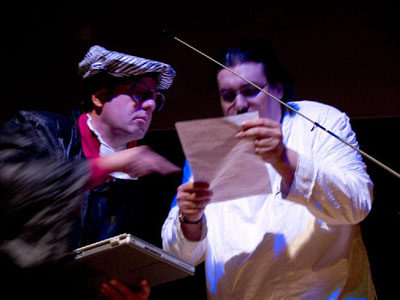 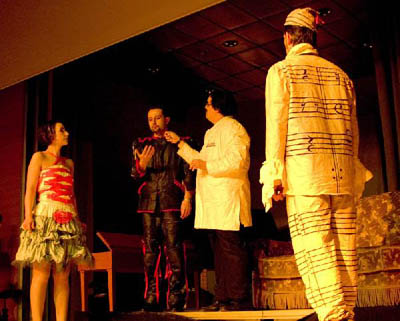