After getting the bluescreen on Windows Vista Beta 1 again, I’ve tried to understand what it might meant… But obviously the screen is divided in half… So I edited the picture and made one out of two… 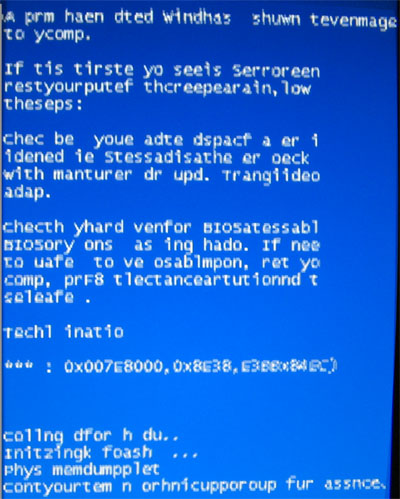 Hmm… what language might this be? I’ve installed the english version of Windows Vista Beta 1…

I played with the Beta 1 of Windows Vista the last two days and what I got 5 times so far is this: 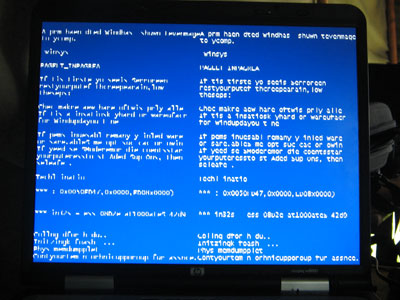 Today nierenschaden finally got the tent’s FTP Server up and running so we can mirror and host the talk recordings that are available about an hour after the talk ended…. 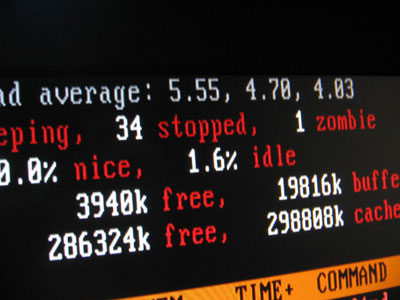 It’s raining since hours…and I mean raining…So it finally happened: A blackout.
If you take a look at the power uplink you can guess what’s wrong here ;) – The connector was quite hot…and the water made the remainder…. 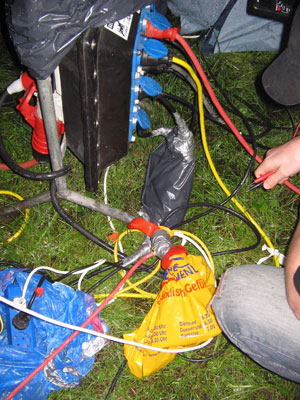 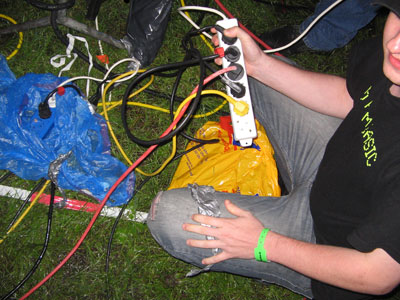 We have 8 machines in our village connected to our HP2524 network switch… – but after two days there are 14 cables plugged into the switch…these cables go to some other tents around us. 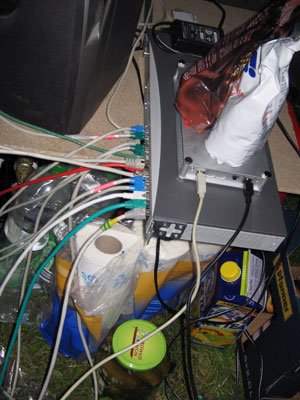 we proudly present: Food and a HP2524 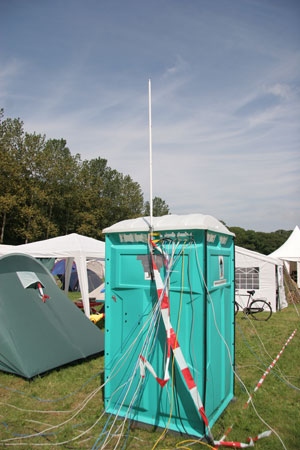 w00t! ;) Okay okay… So finally there’s something to put into a picture frame and on the wall…. 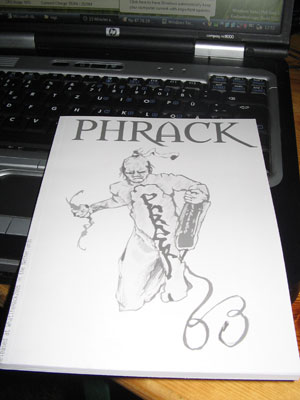 For those who don’t know what the phrack magazine is…just visit their website and start reading with the 1st Edition from November 17, 1985… You see: It’s a quite old magazine… – and this number 63 will be the last issue. Sad but true.

It took two days to get some time to post the first article… so take it as a statement directly from the Netherlands: 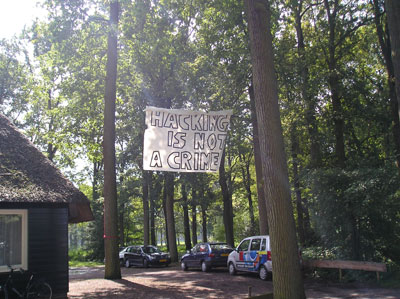 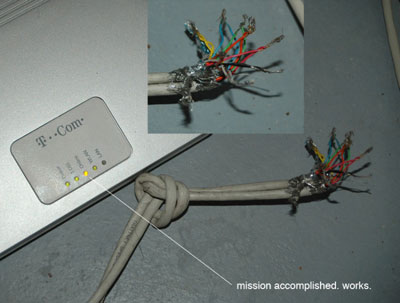 I just made a great music discovery: misnormer. This band is listed under the industrial category of the common free music portals – but in my opinion it’s not really industrial…it’s softer…it’s more melodic…

Misnormer calls itself “one of the UK’s biggest independent bands” and it’s possibly right. Misnormer makes definitly some of the finest tracks in their genre… 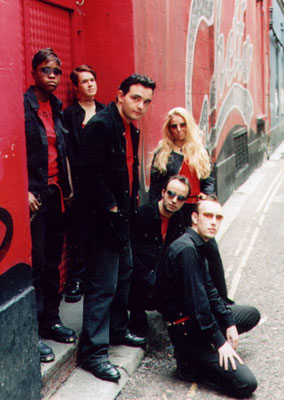 Because misnormer is an independent band they depend on the support from their fans. And that’s why you should go and support them by buying their music here.

From time to time some of my applications on Mac OSX Tiger tend to loose some functionality. The most frequent bug is that I cannot minimize a window to the dock. It’s not only that the window does not response. The orange minimize button at the upper left of the window is ghosted…

For your understanding: This is what it should look like.

There it is – the new mixed-tape:

And there are some scheduled or semi-scheduled meetings. If you would like to contact me you’ll probably find me at the FeM Village between the talks and of course by eMail. 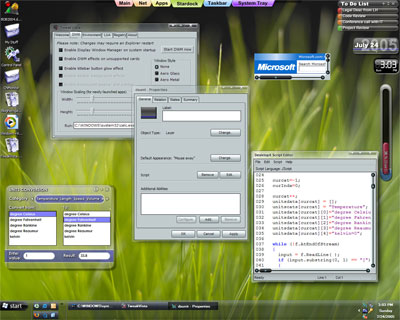 I needed headphones – so I went to the next tech-dealer and tried some of the available headphones. After some trying I came to the conclusion that more than 50 Euros would be to much for such a headphone. Especially that I simply could not determine the difference between some 40 Euro and some 140 Euro headphones… infact I decided to buy the Sennheiser HD 457.

To come to a conclusion: I can recommend to buy those headphones if you don’t want to pay more than 50 Euro. They sound warm and clear – better than I expected from low-budget headphones. If money doesn’t matter, go and get a… I don’t know ;) Maybe the guys from reply2all can tell us what to buy when money does not matter.

So there it is: It was finally decided that the existing storage should be extended. And after some discussions it came clear that it would be an iSCSI solution. It was also clear that 1.3 Terabyte would not be enough if we would not extend the storage again in a few months.

So we went out to gather some offers. There was EMC² and LSI and Promise and Easyraid…

But after two very disappointing offers from EMC² we came to the conclusion to give Promise a shot. Promise lately announced their brand new SATA 3Gb/s appliances and that’s what we are going to order tomorrow:

Looks neat, doesn’t it? And we will fill it with 15×250 Gigabyte HDs which would make a capacity of 3750 Gigabytes… Of course that’s not the capacity that would be available finally. But it’s surely fun to play with such storage spaces … even more it’ll be fun to play with iSCSI. This will be the first appliance with iSCSI for me and I am looking forward how good or bad this rather new technology would be.

So folks. More information on this when the “gadget” arrives.

Building my memex, I decided to file all my cinema tickets I collected over the last decade in a digital archive.

I am a .inf, I am informative, but when I am gone I make live very difficult for others…

With respect to the idea of Vannevar Bush’s Memex [1] and Microsoft Research’s MyLifeBits Project, today I started to digitize all important papers from the last years. The first step was throwing away all nonrelevant stuff. So it is now only half of the amount of paper to scan. I think one of tho gratest challange will be the organisation of the data later on.

So the first steps to build my personal memex are:

After some internal discussions a small delegation of VJs, some DJs, some computer hardcore nerds, some wireless experts, some Microsoft fanatics and some UNIX geeks will be sent to this years What The Hack conference/event…but what’s it anyway?

“What The Hack is an outdoor hacker conference/event taking place on a large event-campground in the south of The Netherlands from 28 until 31 July 2005.” 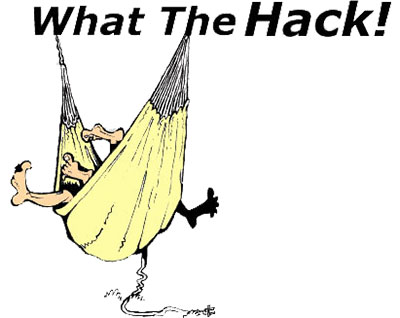 I just organized a Mercedes Sprinter transporter and VW Passat to get all our stuff to the Netherlands and back. It’s planned to start early on the 28th of July.

We won’t come empty-handed! This is what we’ll probably bring:

Of course you can expect a number of articles on this website straight from the conference.

Anyway. If you want to contact or meet me at the What The Hack just write a comment or an eMail or use one of the DECT phone numbers at the conference:

Or you just come to the FeM Village where I can be found when I am not in any talk.

At august the 1st the brand new TheSpoke (theSpoke2 actually) will launch. Until then there’s a lot to do and bugfix. But it’s going to be a great thing.

I am working since months in the Advisory Board for the new version of theSpoke. And we hope that we did a good job.

So check the new site (currently in beta-mode) out: 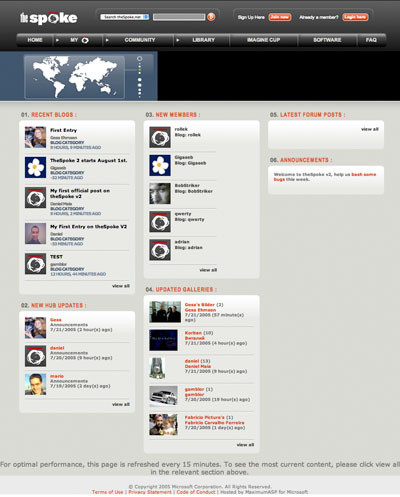 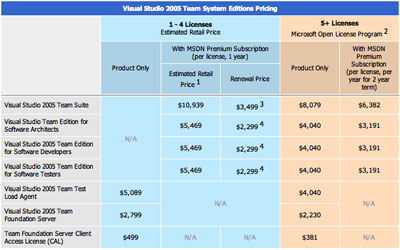 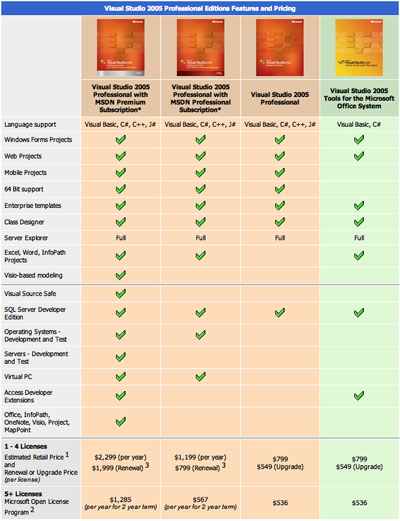 “Fold n’ Drop is a new interaction technique for seamlessly dragging and dropping between overlapping windows. It allows you to fold windows while dragging objects (watch the video). Although it is still a research prototype, having it integrated into most popular window managers is technically conceivable.”

Today it’s one of these days that are like christmas. And “CHRISTMAS!” is exactly what ThamThon said when he saw the new Tripod that was delivered today.

One excerpt from the manual: 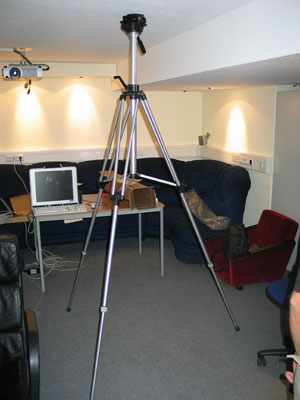 the technology-ninja of today needs power. It’s not that he got no powers. But this time the source of energy is meant which powers all the gadgets you are carrying around.

They say that you even can charge your notebook with this thing… I doubt it, but my gadget-budget doesn’t include 199 bucks for just a bag… 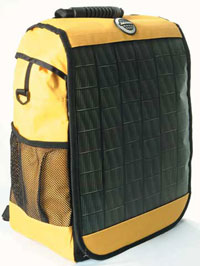 There’s much great music out there. More than you’ll ever be able to listen to. But there are ways to find great music and stay rich.

One way is garageband.com. It’s a platform for artists to publicize their music to a broad audience.

This is the genre-overview of garageband. As you can see there’s a great variety of genres available. Just surf through the site and find great music you’re radio stations would never play… not because it’s not good enough. But because they just don’t know it. 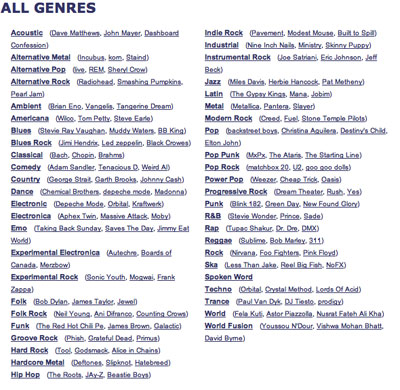 I really like that series and from time to time there’s a slow and really nice song played in the background… That song is called “Boom Boom Ba” and is what I would call a catchy tune. It’s like I know parts of the song since years. But all together its a really new song that once heard you cannot get out of your mind for days.

But beside that one song Metisse is an all-round duo with so many facettes. If you want to be surprised by great music than Metisse is definitly worth a look. 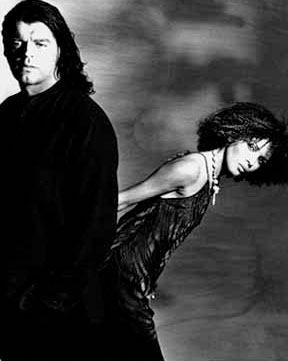 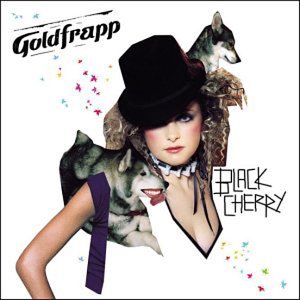 A russian designer made a real cool mockup of something that could possibly be the keyboard of the future… Keys with OLEDs… unfortunately it’s a mockup and you cannot buy it (yet). 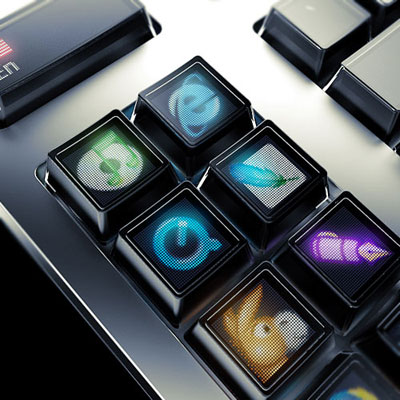 Just seconds ago the sun was shining… 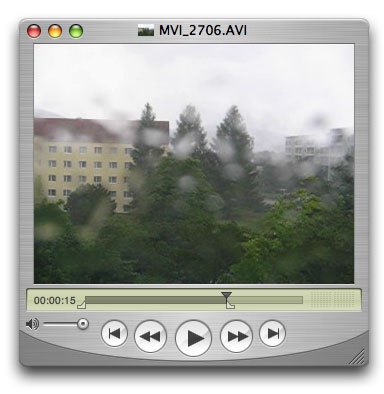