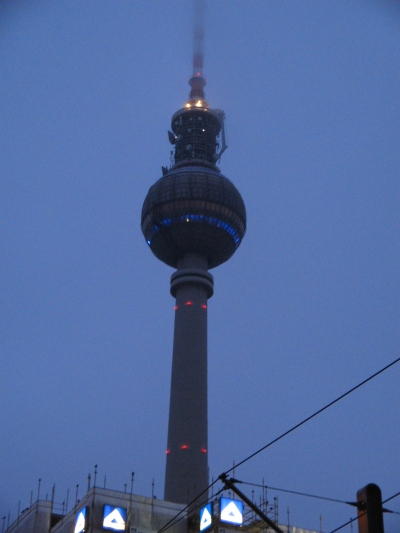 As promised yesterday here are some more information about the video and audio streaming and recording at the 22c3. First let’s start with the almost complete scheme: 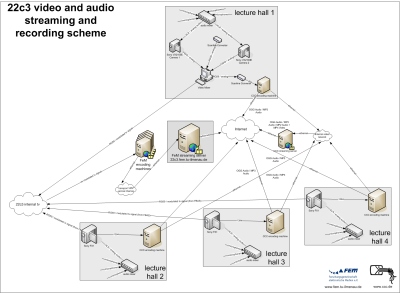 What’s not in the scheme is where and how the streams are recorded:

Last but not least: How can you watch and hear those fantastic streams? Easy:

go to http://22c3.fem.tu-ilmenau.de and take a look or follow the links directly to the WMV streams: 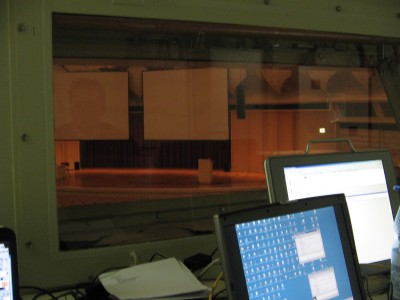 we can look directly into lecture hall 1


We only had the time to test one lecture hall today – and this is our current setup which worked quite good: 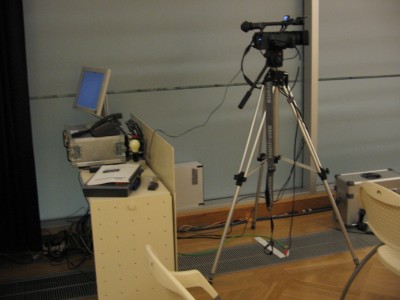 A complete listing from where to where the signals are routed will be available tomorrow. 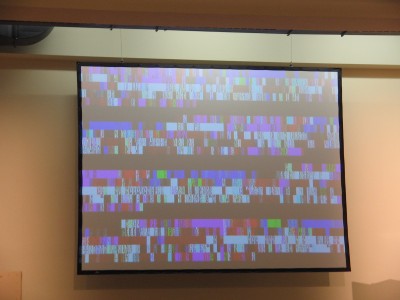 the headless encoding pc kinda broke for a second.

…and the mandatory panoramic views: 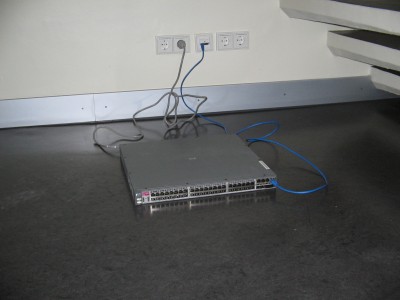 
Since we are kind of interested in providing a large user DECT network on the campus of our university we spoke with the Eventphone guys about their setup: and as far as we can tell it’s far more sophisticated than expected. 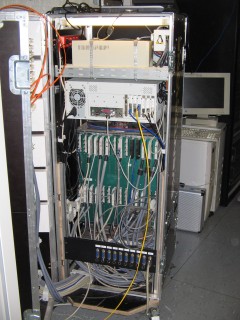 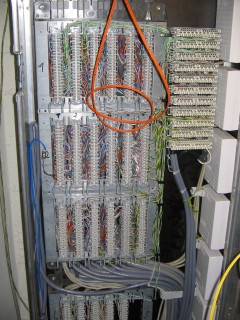 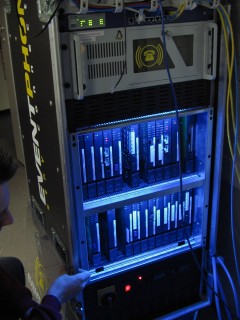 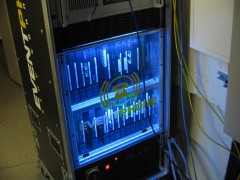 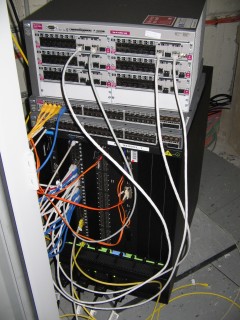 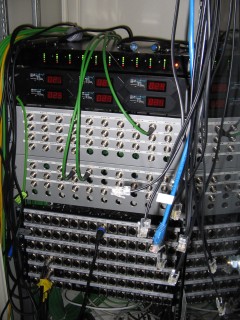 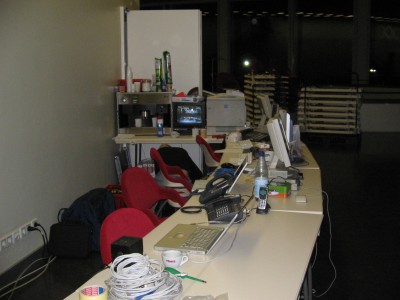 the actual POC service area in the main hall

Well sorry that there are more pictures than text – it’s just because we have to compile all the information we got and pile it all together into a nice and well understandable text for your reading pleasure.