Weren’t we promised a watercooled 360 at first hand? There was this fabulous ourcolony movie for the viral marketing. And the guys there, which were supposed to be the engineers of the 360, said “and it’s got water inside”…pointing at the watercooled 360 mainboard and showing it into the camera… 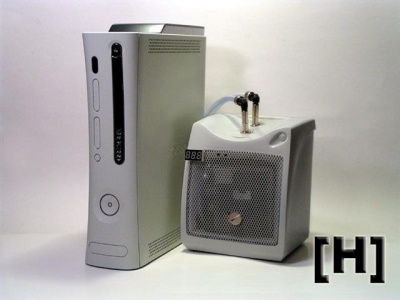 Nothing of that became true as of today. The Retail-360 is a air-cooled gaming console with no water inside at all. But just till the guys from HardOCP got their hands into the game. They’re presenting you a watercooled 360 running at astonishing low temperatures: