I have to quote:


“Looks like some karmic retribution to compensate for all of Sony’s evilness of late.” 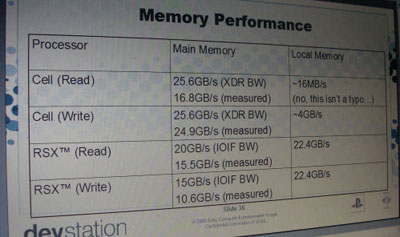 “You end up with a console with half the triangle setup rate of the 360, a crippled CPU that is a bitch to program, and tools that are atrocious compared to the 360. To make matters worse, you have an arrogant set of execs telling us that twice the price is worth it for half the power, a year late. If it isn’t already too late, Sony had better do something about this recto-cranial inversion or it may very well sink the console.”