The temperatures raise these days. And I have this great limes. So what else could I do than transforming limes+cane sugar+passion fruit juice+ginger ale+ice into this really refreshing drink called “Ipanema”. It’s just like a Caipirinha. But without the headache afterwards.

“An elegant vertical-axis wind turbine, quietrevolution has been designed and developed by XCO2, an established low-carbon energy consultancy and engineering practice.


Virtually silent and vibration free, quietrevolution is ideally suited to both urban sites and exposed locations.

Vertical-axis wind turbines not only look very sci-fi, but when you add LEDs to the border of the turbine you can use them as a display: 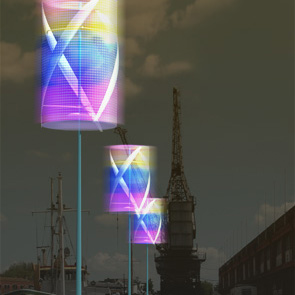 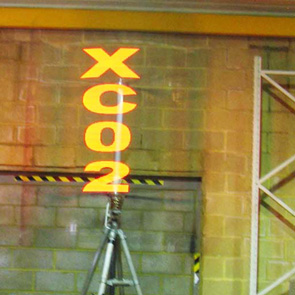 So I leave you with a patent pending revolution which produces power and is virtually silent…whatever that means.

“The
MSDN Wiki site experiments with ways we can integrate community
contributions into the Visual Studio 2005 and .NET Framework 2.0
documentation.This is phase one. On
the current site you can add content and edit other people’s
contributions in a wiki-like fashion around the official
Microsoft-authored docs.In the future we want to take this further by allowing people to edit the Microsoft-authored docs directly.Let us know what you want to see!”
— Molly Bostic, MSDN Wiki PM

Hurray! The MSDN has it’s own wiki… I personally really like the wiki idea, when it’s used properly. So let’s hope it is used properly in this case.

Michael Hart wrote in a newsletter:

“As most of you are aware, it is 4 weeks until we complete our 35th year of Project Gutenberg history, and we have about 380 eBooks left to make it to 20,000.

So it’s not such a Big Push as we did to get to 10,000, but a rather smaller push, which is why you haven’t heard me say an awfully lot about it. . .things are working out much a closer match to reaching 20,000 on our 35th anniversary than anyone, myself included, would likely have predicted.”

If you want to help to achieve this goal, go to the Project Gutenberg website and contribute, for example as a proof-reader.

“The buzz on Adrienne Pierce continues to build. The Vancouver born singer/songwriter taps into a singular source to create music that has universal appeal. Her independently-produced debut, “Small Fires,” is a pop gem full of sublime songcraft and intense performances.” – John Goodman, North Shore News 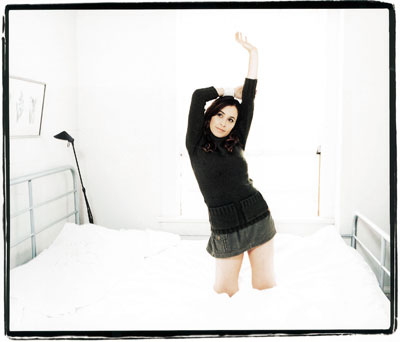