People do almost anything just because they can, and this guy is no exception:

“This evening I remembered an idea I had a while ago to make a 3D renderer in PHP (and if anyone’s tempted to ask – “because I can” ). I did a bit of reading on old 3D engines, as I didn’t want something modern and slow, and found out that the “raycaster” rendering used in Wolfenstein 3D is ridiculously easy to implement. A few hours later and it’s up and running I’ve not run any proper speed tests yet, but the images load up pretty much instantaneously. I have a couple of ideas of what this could be used for, so watch this space “ 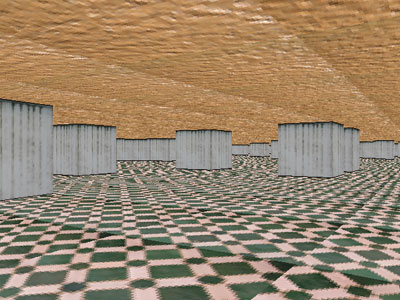