Did you know that you can build almost every Visual Studio 2003/2005 Solution/Project without even having Visual Studio installed? You only need to have the Microsoft.NET Framework v2 (or better) installed. The Framework brings a great tool named “MSBuild” which helps you to build, for example, YAPS on your own machine.

This is what compiling the YAPS daily sourcecode looks like on my machine: 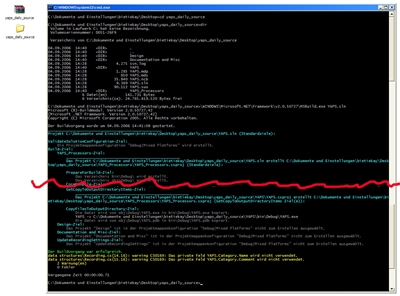