This actually is a short recording of the first game I deployed to my 360. It’s the “Spacewar” Starterkit for the XBOX 360. It compiled flawlessly and I deployed it: 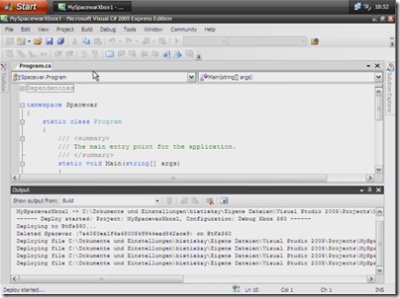 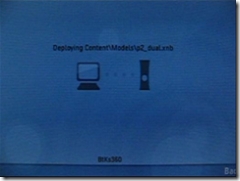 So I just got me a 1-year membership of the XNA Creators Club, which means: I can now develop and run applications such as games on my 360… 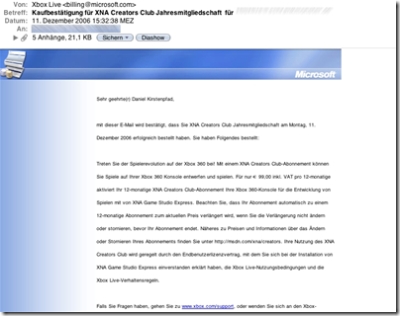 Is any of my readers going to get a membership too? 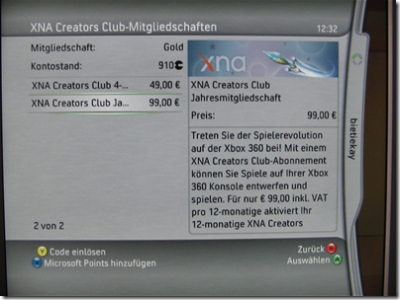