“Like any other game console, Atari 2600 cartridges contained executable code also commingled with data. This lists the code as columns of assembly language. Most of it is math or conditional statements (if x is true, go to y), so each time there’s “go to” a curve is drawn from that point to its destination.

When a byte of data (as opposed to code) is found in the cartridge, it is shown as an orange row: a solid block for a “1” or a dot for a “0”. The row is eight elements long, representing a whole byte. This usually means that the images can be seen in their entirety when a series of bytes are shown as rows. The images were often stored upside-down as a programming method.” 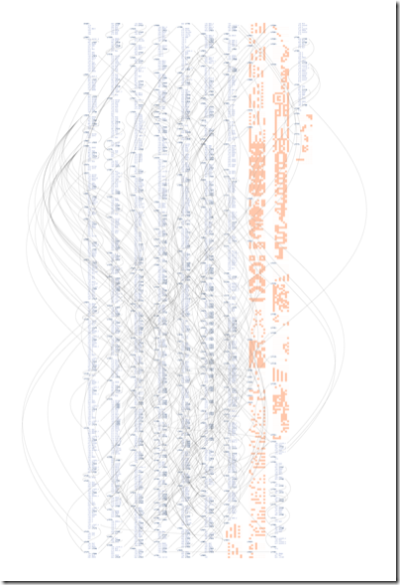