So the Telekom finally managed to bring DSL to my home region. Immediately new stuff was bought to establish a WLAN-network inside the house. When I went home of course I wanted to add my laptop ( a Medion MD 41100, 4 years old) to the net to gain access. But after never having used the WLAN-functions before (yes, there are such people…) no one could know that this would end up in such tremendous trial and error.

The router was a Speedport W 900V and working. It took me about an hour to find the add-new-user-option in the router-menu. After filling in the MAC of my Intel PRO/Wireless LAN 2100 card and creating a new WLAN-connection I was ready to go but nothing happened (yet). 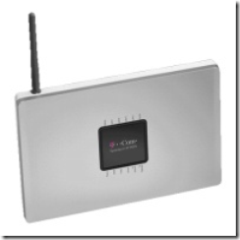 From now I tried several ways to get it done:

1. Get your drivers updated

This was strongly recommended because my card didn’t know the WPA-coding yet, only the older WEP-standard. OK, done. Now I was able to type in some data required by the router. But still no connection.

2. Get your Windows updated

Somewhere I read that there is a support-patch for WPA by Microsoft. Downloaded and installed. Still no access.

3. Use the cards firmware

Intel programmed a software called Intel PROSet for doing some adjustments if needed and adding a new connection which I did. But again without any success. 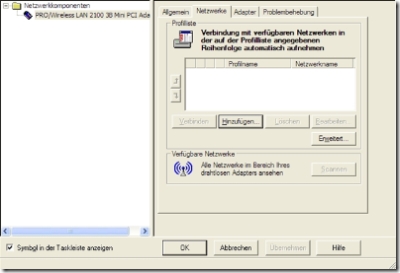 Here an important thought crossed my mind: Maybe the card is deactivated (The problem had to be clearly somewhere in my laptop because I was using another one for researching in the Internet, so there was a WLAN available and it was working.).

Tray-icon (no network, no connection, transmitter OFF)

Good! So I narrowed down the problem. But how to activate the transmitter?

Many options but nowhere the one I was looking for.

Look above to the PROSet-configuration image: The option to activate the transmitter is simply disabled. Hmm…

Yes, there is a WLAN-entry. But my Phoenix-BIOS has only two modes: card always deactivated on every start or card activated only if activated prior to the system shut-down. So no solution here.

8. Remove the card from your profile

Done and the same as before.

As you know there is a life under the desktop. Typing in %systemroot%\system32\services.msc brought up a nice menu about the systems local services. Here you look for network-connections as follows: 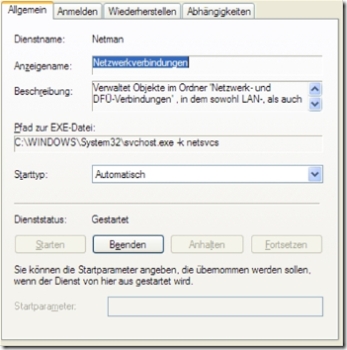 The way to start already has been “automatic”. OK.

Some of you might mention here that this could have happened much earlier: simply looking for an activation-button. And you are right, this button exists. However, pressing it changed nothing.

The hardware-button proved to be a good hint. Next I checked the program for controlling the programmable buttons (EzSystem). 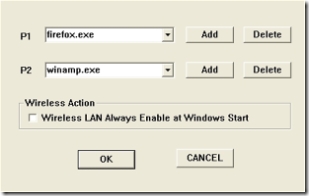 Hey, there is an option for WLAN. Activated and one system restart later it was like it was before: the card still deactivated. Then I checked out the directory of this EzSystem-Software.

wirelesscontrol.exe –> peng! WLAN activated and access to the Internet.

Finally it worked. Let’s review it: Obviously you cannot activate WLAN neither through Windows nor the cards firmware; you need a third party’s software. This is (in my opinion) a very weird way.

So I guess that simply some links between components got lost and you have to re-engineer that. A hard task, especially if you have formatted the harddisc right after the purchase, do not knowing anything anymore about the original state and with the support disc hundreds of kilometers away.