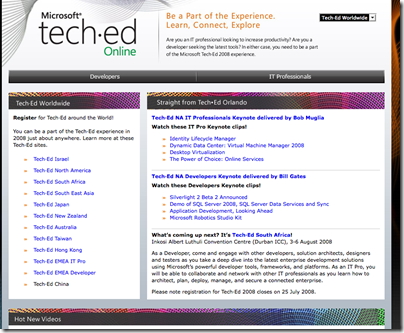 “Cheat sheets are helpful to have around because they allow you to quickly remember code syntax and see related concepts visually. Additionally, they’re nice decorative pieces for your office.”

There are more than 20 cheat sheets available – heck even I found several ones that could come handy in the future.

As of today Microsoft offers the KB950050 update for Windows Server 2008 – which means: Hyper-V – the hypervisor of Windows 2008 is now available in the final release version. 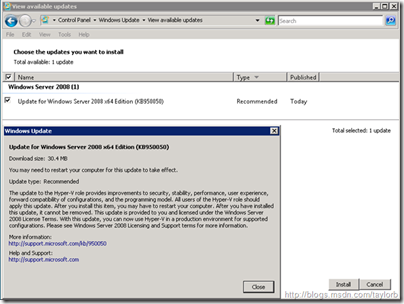 “The update to the Hyper-V role provides improvements to security, stability, performance, user experience, forward compatibility of configurations, and the programming model. All users of the Hyper-V role should apply this update. After you install this item, you may have to restart your computer. After you have installed this update, it cannot be removed. This update is provided to you and licensed under the Windows Server 2008 License Terms. With this update, you can now use Hyper-V in a production environment for supported configurations. Please see Windows Server 2008 Licensing and Support terms for more information.” 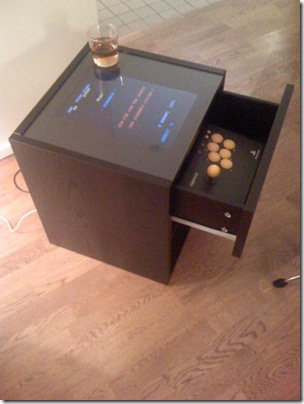 The .NET Endpoint is a new blog of several teams inside Microsoft that work on the Windows Foundations (you know… WCF, WFF…)

“This is a Microsoft cross-team blog – meaning that multiple groups here at Microsoft will be posting, including the WF/WCF development team, testing team, .NET product management, and some of the more influential folks in our field. Additionally, this blog will be consolidating a couple smaller team blogs into one place, and adding a few link collections to help WF/WCF novices and experts alike locate content. The goal is simple: this will be the one blog to subscribe to if you want to stay on top of WF and WCF stuff.”

It’s not as many of those fance company-blogs like gizmodo have written: not the Xbox Media Center project (which makes XBMC for Windows, Linux, Xbox 1 and OSX) renamed itself – infact only the fork of OSXBMC renamed itself to PLEX.

“The one name that stuck was Plex. I like it because it evokes “cineplex” and the suffix means “comprising a number of parts” which the application certain does. In mathematics, you use the suffix to mean “ten to the power of the number” (e.g. oneplex = 10).

Because there are no four-letter domain names left (seriously, try to find one!) we decided to square the plex, so to speak. Think of either plex^2 or plex squared (the beta logo below tries to connote the word “plex” inside a square that might represent a TV screen). The domain names are plex2.com, plexsquared.com, and plexsquare.com for good measure. They are not active yet.

In the coming days, we’ll be working on the rebranding process, including the application packaging, logo, web domains, etc. In the longer term, we have some exciting things in the skin department as well. Stay tuned, and thanks for all your support; we really are lucky to have such an great community.”

Along with the new name comes a new logo:

There is a new version of Notepad++ – my number 1 choice of text editor on Windows – available for download. It’s version 5 of the great tool bringing us more performance, many new features and even more fixes:

“Notepad++ is a free (free as in “free speech”, but also as in “free beer”) source code editor and Notepad replacement, which supports several programming languages, running under the MS Windows environment.” 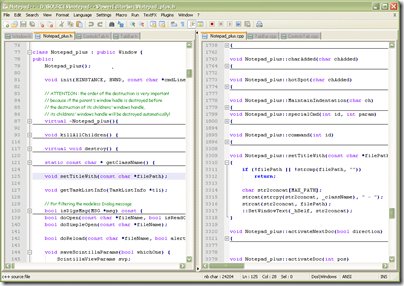