I seriously don’t know why they are doing that – it’s not as if any material released previously came to any notice so far – but what the heck – Radiohead decided to put their current music video (which isn’t bad) and the raw data that was used to create it to the public using the Creative Commons license:

“The animation data used to make the video are licensed to the public under a Creative Commons Attribution-Noncommercial-Share Alike license at Google Code. This means you are free to use the data to make your own video projects, as long as you abide by the CC license’s conditions. (To be clear, the song and its accompanying video are not under CC license; the data used to make the video are.)” 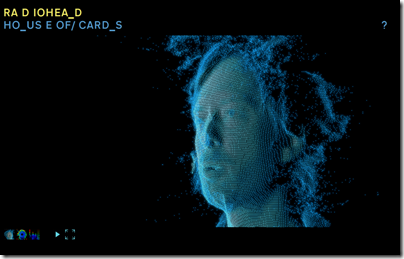