Oh boy that is cool! Ever since I read that article about Changing your colors in Visual Studio.NET I wanted to create my own theme but never had the time and creativity to do so. Now since there’s this cool generator website everyone can create their own Visual Studio Color Themes: 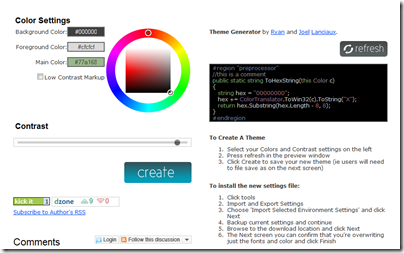 I wrote about Levelhead and it’s stunning concept not long ago. Now you can play with it’s code and try it for youself: 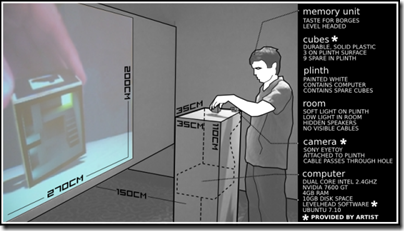 “First thing’s first, this is a developer release and needs to be compiled. It has many third-party dependencies from the renderer to the video capture context. As yet there is no lovely statically linked binary of levelHead or automagical build script for a folder of dependencies. Nonetheless, I’ve installed levelHead on many (Ubuntu) systems now and what’s listed below should work fine for you.
levelHead is known to build on Ubuntu 7.10/7.04 and Debian Etch systems against the following external dependencies. It’s adviseable you adhere to these versions if you want to avoid going spontaneously mad”

The site goes on:

“Code and assets are provided under two differing licenses: the code is governed by the GPLv3 and the art is covered by the GPLv3 compatible CC-BY_SA 3.0. Make sure you understand what that implied before downloading this project. For the rationale as to why I chose this configuration, please read the comments in the top of the levelHead.cpp file itself. Both art and code are available in a subversion repository, aquired with the following command:

Since I will try it myself (installing Ubuntu now) – I will give a detailed tutorial about it in the future…at least I hope so.