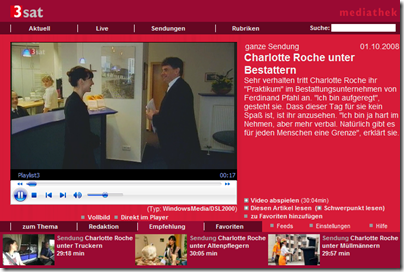 For the real windows geek – use them when you need a soft-reboot or a force-quit from work. 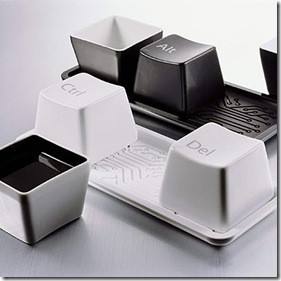 Some weeks ago I came across those cool color changing LED lamps made by Philips in a hardware store. It’s a mood light with a remote control – you can even control up to 6 lamps with one remote… Oh I really do think that several of these would be great in the new office or at home. 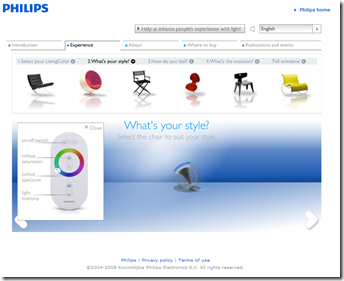 It seems that today it’s the freebie day (well… for some of us). Because today the next Windows Vista Ultimate Extra is available: Tinker.

Tinker – to shorten up things – is a Sokoban interpretation with some interesting twists. 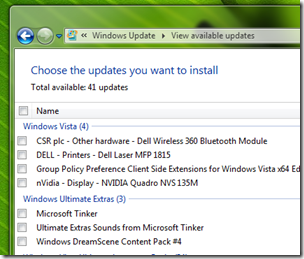 “Being a small robot isn’t always easy. Being a small robot marooned in a surreal world of clockwork, obscure mechanisms and infuriating puzzles, even less so. In Tinker, a puzzle game that pushes the boundaries of robot frustration, you’ll guide your robot through switches, lasers, teleporters, and a host of other contraptions to reach the exit. He’ll only do what you command. He’ll only go where you tell him to. Will you lead him home, or will you doom him to eternal confusion?

Featuring captivating visuals, an original music score, and 60 levels that range from the facile to the infuriating, Tinker is an isometric, two-dimensional puzzler published exclusively as an Ultimate Extra for Windows Vista Ultimate Users. Tinker features tutorial level, and will include regularly released level packs to expand the experience. Want even more? Download the level builder, and create masterworks of ingenuity to keep your friends scratching their heads. What are you waiting for? Start Tinkering.” 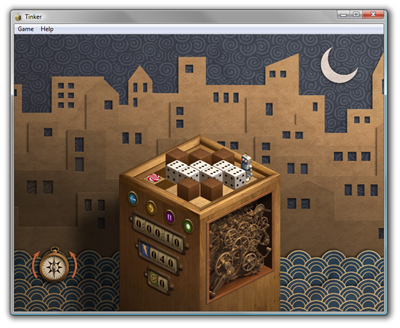 And it’s got it’s own Level Editor: 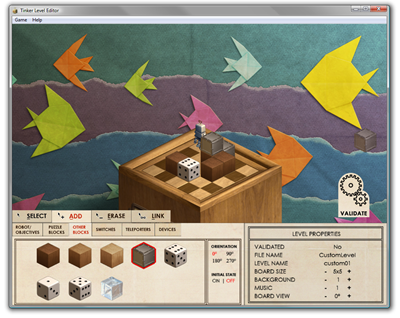 There was the Digital Image Suite and several other tools like Hugin and Cool360 which I used over the last years to create panoramic images. Now there’s a new tool available in 32 and 64 bit (for really really huge images!) from Microsoft Research. It’s free at this point and if you’re on Windows it’s definitely worth the try. 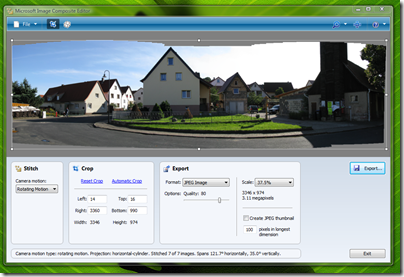 “Microsoft Image Composite Editor is an advanced panoramic image stitcher. You shoot a set of overlapping photographs of a scene from a single location, and Image Composite Editor creates a high-resolution panorama incorporating all your images at full resolution. Then save your stitched panorama in a wide variety of formats, from common formats like JPEG and TIFF to multi-resolution tiled formats like HD View and Silverlight Deep Zoom.”

Once upon a time I was told about that cool technology that lets you take several hard drives and glue them “together” to a single big volume. This technology was called RAID – Redundant Array of Inexpensive Disks – and that it was. It brought us greater levels of reliability and performance – and it was inexpensive compared with other technologies and since hard drive prices are falling for years and storage space is growing along with that it’s getting even cheaper than anything else you could use to store data securely. Some of us even backup to a independent RAID system.

In the beginning of this all there were several hard drive interface technologies used – mainly it was Parallel ATA and SCSI. It was widely accepted that the SCSI drives are specified for 24/7 server usage and were almost everytime faster than their consumer PATA relatives. It was accepted that if you want to build a reliable industry grade RAID you would want to use SCSI drives – the SCSI bus system even had advantages like up to 7 drives per bus compared to just 2 drives with PATA or hot-swap capabilities.

Over the last years it turned out that SATA is the new interface technology that replaces the old SCSI and PATA. There are several server grade SATA drives available now – these drives are getting cheaper, faster and bigger by the minute. So there’s not a real purpose for anything “more server than server-SATA” you might think. Again if you want to build inexpensive and redundant storage arrays there is nothing cheaper than standard or even server SATA drives. They are fast, reliable and huge.

So some years ago the industry presents: the SAS interface. It’s called “Serial Attached SCSI” and is the “new cool thing in hard disk storage”. There are some niche features that may or may not justify the existence of SAS. A fact is that SAS hard drives of the same size and speed are more expensive.

“SATA is marketed as a general-purpose successor to Parallel ATA and is now common in the consumer market, while the more expensive SAS is marketed for critical server applications.(Wikipedia)

It’s getting worse: The industry started to offer fast hard drives (15000 rpm) only for the more expensive SAS interface. The few 15k rpm SATA drives are not slower in any way than their SAS versions – but they are not widely available and all of a sudden the same price like the SAS version.

But back to the definition of RAID:

So over the years the technology made a giant leap forward and all of a sudden you find yourself using very expensive hard drives while glueing them together to giant volumes (it’s now terabytes…petabytes…). While consumer hard drives are available for about a third (at least) the price of the server version of the same drive. It seems that the widely accepted definition of inexpensive is replaced by independence. I do know that there are use cases when you want to use the fastest spinning drive available regardless of the price – but I also think that there could be affordable fast spinning drives if we shouldn’t be bothered to pay the marketing-fee that SAS brings. It’s plain marketing to make new 15k rpm drives only available for SAS and not for SATA. Marketing and nothing more.

As it turns out many industry (marketing) brains (hey, even wikipedia) are switching to a new definition of RAID. It’s now a Redundant Array of Independent Disks – which I think is a definition that could not be worse. It’s not independence we gain with the new definition. 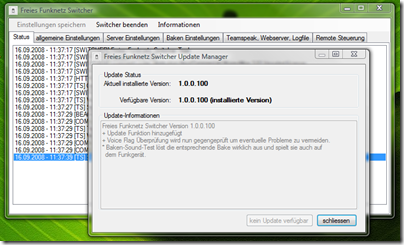 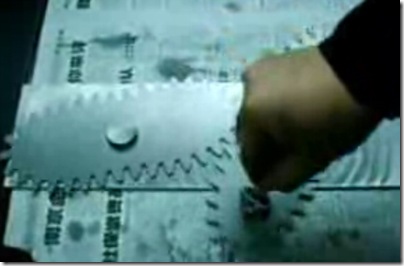 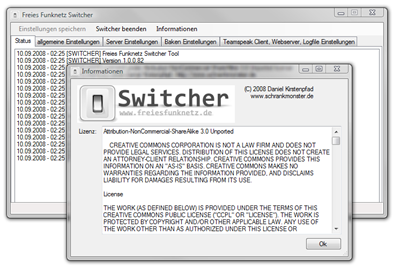 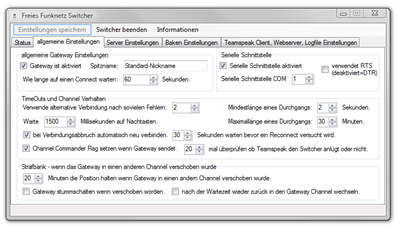 Steffi and I made our own version of earth some years ago using 3D Studio and NASA Images – we even made an animation. But this guy does a way better job – creating a photorealistic earth:

“For some time now, I’ve been studying how to build Earth in Blender. I’ve read quite a few tutorials, studied NASA’s Blue Marble images, and received critique from other Blender enthusiasts. I now have some satisfactory results, which I’d be happy to share.

I’ve put together a 21-page tutorial which explains how I achieved my Earth renders. I know there are already a lot of Earth tutorials out there – but none that I found helped me get quite the effect that I wanted. My tutorial combines what I gleaned from all the other tutorials, with what I learned on my own through hours of experimenting. I’m sure it’s not perfect – but I think it will be helpful for anyone interested in the subject.

The tutorial focuses on three different models of Earth – a photographic-style Earth, a Blue-Marble-style Earth, and a night Earth. It demonstrates how to render details such as proper specular shading and ray-traced cloud shadows.”

There’s a free pdf tutorial available that shows how to create these 3D renderings with blender. 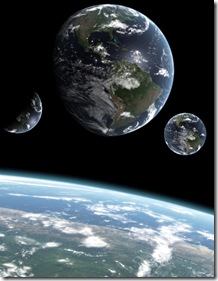 Source 1: http://chamberlinproductions.110mb.com/mappedearth.html
Source 2: “what’s the size of the earth compared to”
Source 3: http://web.olp.net/wildernesslodge/Earth%20Tutorial.pdf

A new version of the great XAMLpadX is available. It’s an editor with many features you want to have in Visual Studio and Blend but you don’t get them. 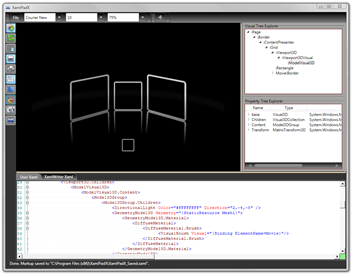 As you may or may not know I am working on a gateway tool for citizen band radio. For this tool I was asked if it would be possible to build a tone detection, maybe more, into my software. And on the way of finding out how to accomplish this I stumbles across several very interesting things.

“DSP processing is very interesting subject to learn and work with. This block receives digital samples from the source. It approximates the original waveform and finds its peak magnitudes.
Since I would not be able to go in details about how FFT (Fast Fourier Transform) works in this article, I recommend the interested reader to visit some of the links in the reference section to increase his/her knowledge about this process.”

“A C# open source library that provides fully featured (1) single and double precision complex number data types, (2) complex number math library, (3) 1D, 2D and 3D complex and real symmetric fast Fourier transforms, and (4) highly accurate statistical routines. The library is optimized for both speed and numerical accuracy. The reason that this library is called a “Digital Signal Processing” library is because complex numbers, FFTs and statistical functions form the basis of any DSP library — although it is the hope that this library will continue to evolve to a more full fledged DSP library.” 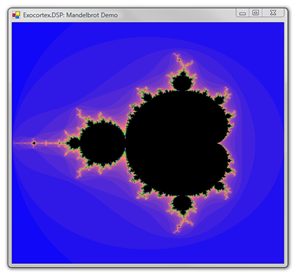 …if you do have a decent printer and if you haven’t got any graph paper – you could print it yourself. 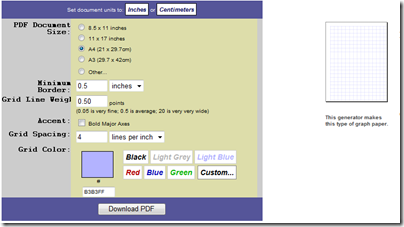 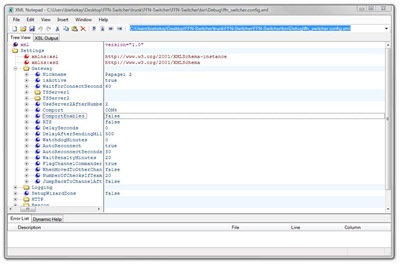 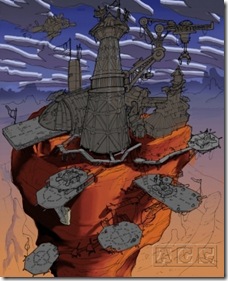 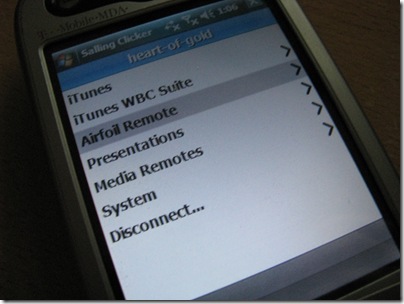 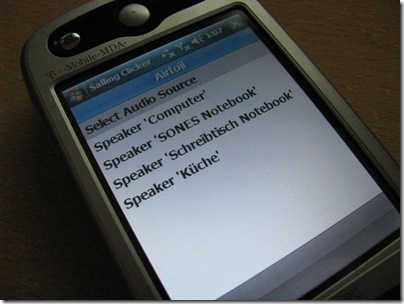 So..in 2009 Windows Mobile 7 will start and some things point towards an AppStore equivalent called Skymarket for the Microsoft mobile operating system… hmm… Why not… earlier? Like before Apple… way to go Microsoft.

“As usual I’ve got a very strange wish what nobody else seems to have on this planet. I have several computers of different platforms. And on one of this machines there are speakers attached…I want to have the possibility to output from any of the machines to the speakers. And please loss-less and low latency!”

It took more than 3 years to fulfill this particular wish. But now it’s done. In 2005 I mentioned the Airfoil software that could run on MacOS X and forward sound from almost every application to an AirTunes compatible device. As it turns out Rogue Amoeba did their homework and created a free “Airfoil Speakers” application which can be used on Windows and MacOS X.

So the things are simple: Start the speaker application on a machine that is in the same network/subnet as the Airfoil master. The virtual speaker is then displayed on the master machine and you can assign a sound source from that machine to the speaker. Hmm… Simple Setup sample: One machine is in my kitchen (Windows XP machine) and one machine is on my desk – an iMac. In the kitchen only the speaker application is started and the iMac instantly “sees” the speaker. One click and the sound output of my desk machine is forwarded through the network to the kitchen… Easy and cool. One can think of any other combination of Speaker/Master application – even multiple speakers can be powered by one master…oh joy! 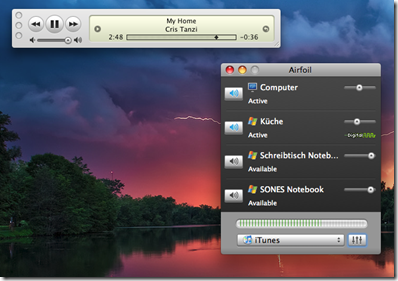 and this is what it looks like on a client (speaker):