At sones I am involved in a project that works with a piece of hardware I wanted to work with for about 3 years now: the Microsoft Surface Table.

I was able to play with some tables every now and then but I never had a “business case” which contained a Surface. Now that case just came to us: sones is at the CeBIT fair this year – we were invited by Microsoft Germany to join them and present our cool technology along with theirs.

Since we already had a graph visualisation tool the idea was to bring that tool to Surface and use the platform specific touch controls and gestures. 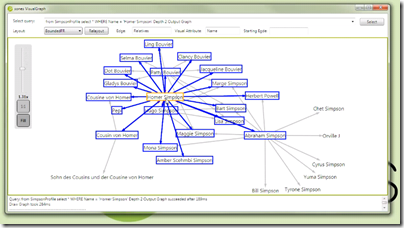 the VisualGraph application that gave the initial idea

The good news was that it’s easier than thought to develop an application for Surface and all parties are highly committed to the project. The bad news is that we were short on time right from the start: less than 10 days from concept to live presentation isn’t the definition of “comfortable time schedule”. And since we’re currently in the process of development it’s a continueing race.

Thankfully Microsoft is committed to a degree they even made it possible to have two great Surface and WPF ninjas who enable is to get up to speed with the project (thanks to Frank Fischer, Andrea Kohlbauer-Hug, Rainer Nasch and Denis Bauer, you guys rock!). 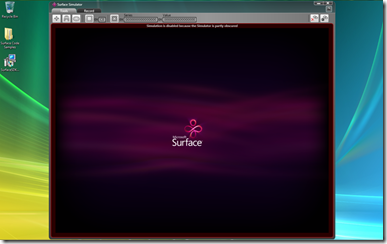 I was able to convice UID to jump in and contribute their designing and user interface knowledge to our little project (thanks to Franz Koller and Cristian Acevedo).

During the process of development I made some pictures which will be used here and there promoting the demonstration. To give you an idea of the progress we made here’s a before and after picture: 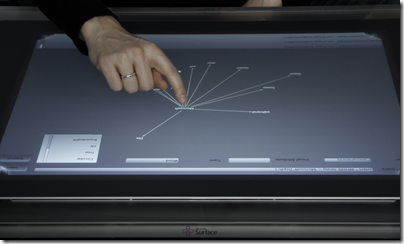 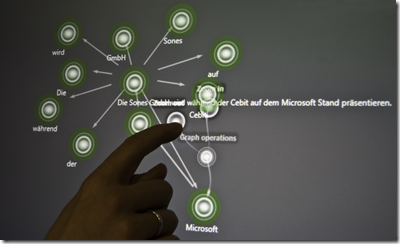 …and had something better working and looking at the end of that day.

I think everyone did a great job so far and will continue to do so – a lot work to be done till CeBIT! :-)