So finally after years and years of hope and nerdy ideas I am able to hold a tablet device in my own hands and it’s not only as good as Picards tablet was back in that great “Star Trek: Next Generation” series, it’s better. 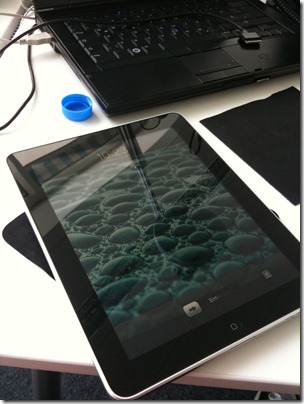 Of course I had to import that particular iPad from the U.S. (thanks Alex!) – actually it was the first time I imported something that expensive. Beside some fun with the shipping company everything went fine. Since Apple just announced to delay the launch of the iPad in Europe for a month it’s nice to have a gadget just a few weeks after it was available in the U.S.