Water! Fire! Whenever one of those are released uncontrolled inside the house it might mean danger to life and health.

Having a couple of fish and turtle tanks spread out in the house and in addition a server rack in the basement it’s important to know when there’s a leak of water at moments notice.

As the server-room also is housing some water pumps for a well you got all sorts of dangers mixed in one location: Water and Fire hazard.

To detect water leaks all tanks and the pumps for the well are equipped with water sensors which send out an alerting signal as soon as water is detected. This signal is picked up and pushed to MQTT topics and from there centrally consumed and reacted upon.

Of course the server rack is above the water level so at least there is time to send out alerts while even power is out for the rest of the house (all necessary network and uplink equipment on it’s own batteries).

For alerting when there is smoke or a fire, the same logic applies. But for this some loud-as-hell smoke detectors are used. The smoke detectors interconnect with each other and make up a mesh for alerting. If one goes off. All go off. One of them I’ve connected to it’s very own ESP8266 which sends a detected signal to another MQTT topic effectively alerting for the event of a fire. 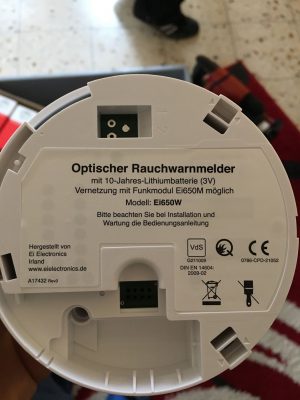 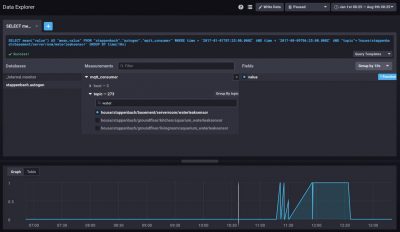 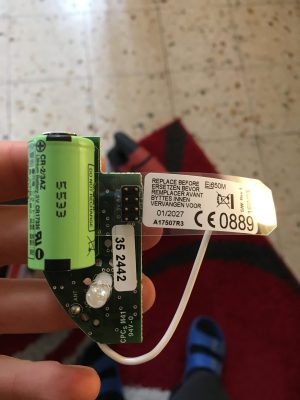 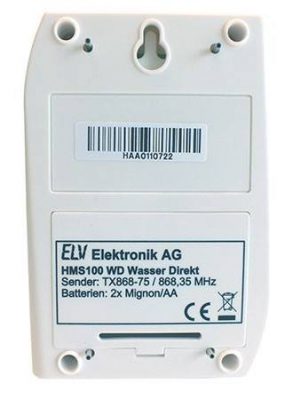 In one of the pictures you can see what happened when the basement water detector did detect water while the pump was replaced.