SPAUN or Semantic Pointer Architecture Unified Network is a promising next step in the pursuit to simulate a human brain. Built upon the Nengo Neural Simulator scientists at the University in Waterloo/Ontario were able to report on their first break-through results.

In 2013 there will be a book from Oxford University press called ‘How to build a brain’ which will describe in depth what made the astonishing results possible.

But what are the results? 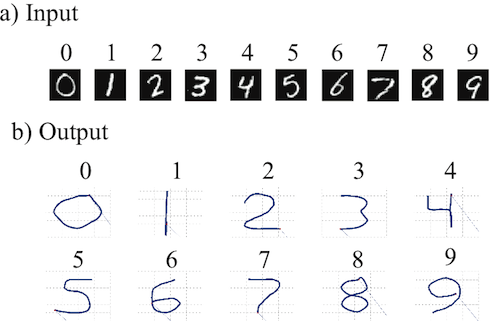 Well that looks like number recognition. In fact that’s what it is. SPAUN – that’s how the scientists refer to their frankenstein-brain – is capable of solving 8 different tasks now. One of them is number recognition. There are videos of all 8 tasks being performed.

The Semantic Pointers are named after the pointers usually common in computer science:

The term ‘semantic pointer’ was chosen because the representations in the architecture are like ‘pointers’ in computer science (insofar as they can be ‘dereferenced’ to access large amounts of information which they do not directly carry). However, they are ‘semantic’ (unlike pointers in computer science) because these representations capture relations in a semantic vector space in virtue of their distances to one another, as typically envisaged by connectionists. “