It’s becoming a fashion lately to release the source code of older but legendary commercial products to the public. Now Adobe decided to gift the source code of their flagship product Photoshop in it’s first version from 1990 to the Computer History Museum. 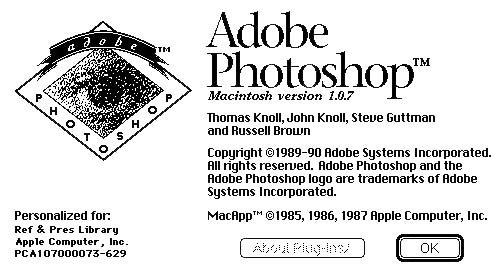 “That first version of Photoshop was written primarily in Pascal for the Apple Macintosh, with some machine language for the underlying Motorola 68000 microprocessor where execution efficiency was important. It wasn’t the effort of a huge team. Thomas said, “For version 1, I was the only engineer, and for version 2, we had two engineers.” While Thomas worked on the base application program, John wrote many of the image-processing plug-ins.”